Skilled people and efficient equipment are proving to be a successful combination for PK Crushing, which operates at several sites on the remote East Coast.

The Kuru family have been working in forestry on the East Coast, north of Gisborne, for decades now. Started by Jack Kuru and his son Ricky 22 years ago, Kuru Contracting is a busy family-oriented business. The business now runs forestry crews, builds roads and produces aggregates.

“Back in 1997, Dad and I were working for a local contractor in Gisborne when an opportunity came up to start our own crew,” says Ricky. “We had no money, but Tony Smith at Caterpillar said, ‘Come on, you’ve gotta get this thing on the road’. We were scared, but we mortgaged everything and got the money together.

"We winged it to start off with. I didn't know what an accountant was, but we got one. At the end of our first year, he called us into his office, and I thought, this is the end of Kuru Contracting, but instead he told us we’d made $1.2 million profit. We were away!”

That profit was invested back into the company, and Kuru Contracting went from strength to strength. It wasn’t all plain sailing, however. Ricky says they weathered two forestry crashes along the way: “We nearly lost the lot, twice.”

The company ownership changed when Jack retired, and Ricky and his wife Leanne now own the business.

In 2016, the forestry industry was enjoying a good phase. As a consequence, there was a considerable demand for aggregate for forestry roads. When Kuru Contracting started getting subpar roading metal, something had to change.

A couple of years earlier, Ma Parata had joined the team. His background had been in quarries in Australia, and Ricky says Ma sparked the fire go crushing and supply Kuru Contracting with its own metal.

Ma explains: "Hikurangi Forest Farms, who is one of the principal companies we work for, had their own quarry, but couldn't find a contractor to go in there and produce aggregate. I had several conversations with Ricky, and said, why don’t we do it?

“At the same time, we had an employee start who had his A-grade quarry managers ticket, so the stars aligned for us.

“I got hold of Billy and Bert at Equip2 to lease a Keestrack B4 Jaw Crusher, Ricky went and got a brand new wheel loader, and we repurposed one of our 30-tonne forestry machines, and the rest is history.” 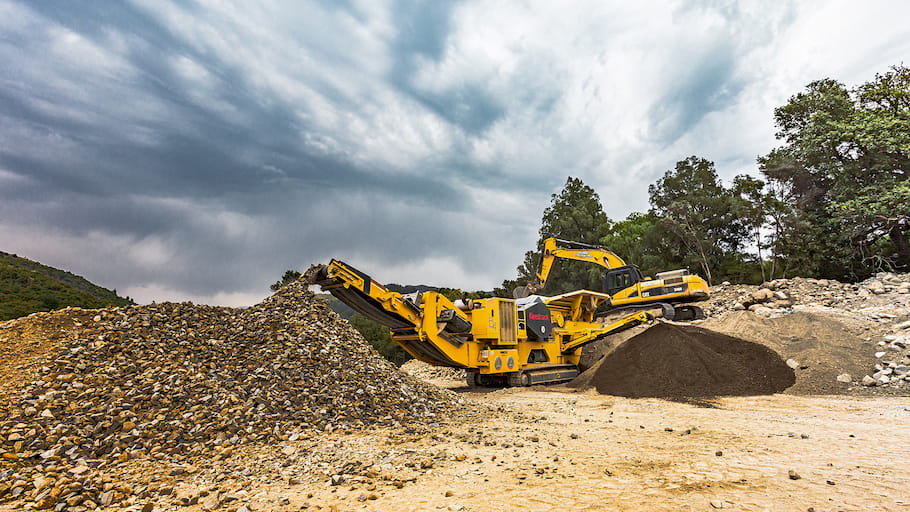 PK Crushing was set up between Ricky and Ma, with Ricky managing the business side of things along with his Kuru Contracting work, and Ma as operations manager.

“We got the necessary resource consents and now have two crushing operations extracting alluvial aggregates from the rivers near Ruatoria and another three open quarry sites where we excavate and crush greywacke and limestone.”

This all happened just two years ago, and now PK Crushing extracts some 200,000 tonnes of aggregate a year. From both their own quarries and through contract work in other companies’ quarries.

Ma, who runs things on a day-to-day business, says the river rock is crushed to a range of GAP sizes and used on forestry roads for Kuru Contracting.

A part of their contract crushing work is for Downer, which has the maintenance contract for the state highways in the region. As needed, they will take their gear into one of Downer's quarries and crush limestone in sizes from 40mm to 100mm to use in their local roading work.

"Contract crushing is another component of what we do," explains Ma. "Ricky and I are both ambitious – I don't know if many people would have the courage to go out and invest so much in the quarry industry in such a short amount of time, particularly in such an isolated place as the Gisborne/East Coast region."

"Contract crushing complements our own quarries, as the market size on the East Coast isn’t that big that we can stay here all year round with the amount of gear that we have now. Working outside of the district also gives us exposure to other types of quarries.”

Both Ma and Ricky are quick to credit Equip2 for their role in the success of PK Crushing, which has supplied a fleet of Keestrack machines to do the hard work. Currently, they have two mobile Scalping Screens, a mobile Impact Crusher and a mobile Jaw Crusher in the fleet. 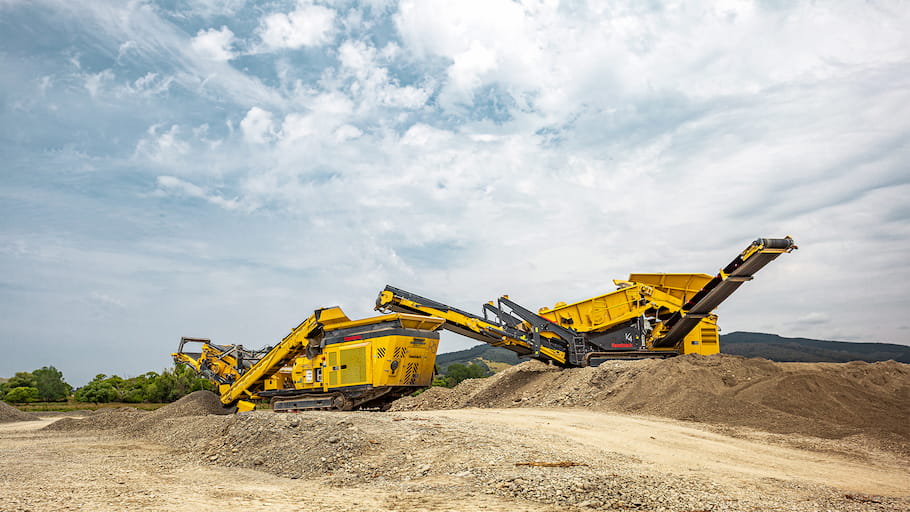 "The Keestrack machines are really strong and robust,” says Ricky. “They’re at the top end of crushing machinery.”

The Keestrack K4 mobile scalping screening machines combines strength in a lightweight design. This makes them easy to transport, particularly into tight areas.

“The K4 was recommended by Billy and Bert to enable us to get a better product. It gets rid of any junk in the aggregate, and it produces the best product we've ever seen," says Ma.

The R3 Impact Crusher is a highly productive machine, featuring the largest rotor in its league. Keestrack states the rotor weighs 3.2 tonnes with the weight distributed towards the outside, so the rotor runs smoothly with superior crushing efficiency.

The Keestrack B4 Jaw Crusher is highly efficient, and like the other Keestrack machines in PK Crushing's fleet, utilises load sensing hydraulic pumps to save up to 25% more in diesel costs compared to other industry brands.

Ricky says while they are loving the efficiency and throughput of their crushing gear, the decision to go with Keestrack had a lot to do with how Equip2 does business.

“I really rate their honesty, reliability and back up support,” says Ricky. “If we have a problem, they’re right onto it. Fast. No mucking around.

“They’ll get a guy up here overnight from Masterton – he’ll just drop everything and come. No one else offers that.

“We’ve never had backup from any supplier like we’ve had from Equip2 – not just with their products, but their understanding of the industry and what’s happening around the country.

Ricky says he also liked the fact there was no negotiating or hidden costs in the pricing.

“We didn’t choose Keestrack on price – they’re definitely not the cheapest – but you’ve got to pay for quality. What I did like is that Equip2 were straight up about the price of the machine and how much it would cost to import.

“The thing is, when you buy a quality machine like a Keestrack crusher, the wear on parts is slower, and we haven’t had a breakdown yet.

“I won’t buy anything else.”

Ricky reckons part of the reason PK Crushing and Equip2 work so well together is that they’re both family businesses – and not just family-owned, but the workers are treated like family.

“It’s about whanau,” he says. “They run their business like we do.”

Written by Mary Bell
Photos and Video by Simon Johnston

Navigating our way through two security